Let’s talk about influence. As an engineer, how do you get influence? What does influence look like, what is it rooted in, how do you wield it or lose it? How is it different from the power and influence you might have as a manager?[0]

This often comes up in the context of ICs who desperately want to become managers in order to have more access to information and influence over decisions. This is a bad signal, though it’s sadly very common.

When that happens, you need to do some soul-searching. Does your org make space for senior ICs to lead and own decisions? Do you have an IC track that runs parallel to the manager track at least as high as director level? Are they compensated equally? Do you

have a career ladder? Are your decision-making processes mysterious to anyone who isn’t a manager? Don’t assume what’s obvious to you is obvious to others; you have to ask around.

If so, it’s probably their own personal baggage speaking. Maybe they don’t believe you. Maybe they’ve only worked in orgs where managers had all the power. Maybe they’ve even worked in lots of places that said the exact same things as you are saying about how ICs can have great impact, but it was all a lie and now they’re burned. Maybe they aren’t used to feeling powerful for all kinds of reasons.

But what does engineering influence look like?  How do your powers manifest?

I am going to avoid discussing the overlapping and interconnected issues of gender, race and class, let’s just acknowledge that it’s much more structurally difficult for some to wield power than for others, ok?

The power to create

Doing is the engineering superpower. We create things with just a laptop and our brain! It’s incredible! We don’t have to constantly convince and cajole and coerce others into building on our behalf, we can just build.

This may seem basic, but it matters. Creation is the ur-power from which all our forms of power flow. Nothing gets built unless we agree to build it (which makes this an ethical issue, too).

Facebook had a poster that said “CODE WINS ARGUMENTS”. Problematic in many ways, absolutely. But how many times have you seen a technical dispute resolved by who was willing to do the work? Or “resolved” one way.. then reversed by doing? Doing ends debates. Doing proves theories. Doing is powerful. (And “doing” doesn’t only mean “write code”.)

Furthermore, building software is a creative activity, and doing it at scale is an intensely communal one. As a creative act, we are better builders when we are motivated and inspired and passionate about our work (as compared to say, chopping wood). And as a collaborative act, we do better work when we have high trust and social cohesion.

Engineering ability and judgment, autonomy and sense of purpose, social trust and cooperative behaviors: this is the raw stuff of great engineering. Everybody has a mode or two that they feel most comfortable and authoritative operating from: we can group these roughly into archetypes.

(Examples drawn from some of the stupendously awesome senior engineers I’ve gotten to work with over the years, as well as the ways I loved to fling my weight around as an engineer.)

Not all influence is rooted in raw technical strength or output.  Just a few of the wide variety of creative/collaborative/interpersonal strengths:

And there are a few special wells of power that bear calling out as such.

… I could go on all day. Engineering is such a powerful role and skill set. It’s definitely worth unpacking where your own influence comes from, and understanding how others perceive your strengths.

Most forms of power boil down to “influence, wielded”.

But just banging out code is not enough. You may have credibility, but having it is not the same as using it. To transform influence into power you have to use it.  And the way you use it is by communicating.

What’s locked up in your head has no impact on the rest of us.  You have to get it out.

You can do this in lots of ways: by writing, in 1x1s, conversations with small groups, openly recruiting allies, convincing someone with explicit authority, broadcasting in

Because engineering is a creative activity, authoritarian power is actually quite brittle and damaging. The only sustainable forms of power are so-called “soft powers” like influencing and inspiring, which is why good managers use their soft power freely and hard power sparingly/with great reluctance. If your leadership invokes authority on the regular, that’s an antipattern.[2]

If you don’t speak up, you don’t have the right to sit and fume over your lack of influence. And speaking up does mean being vulnerable — and sometimes wrong — in front of other people.

This is not a zero-sum game.

Most of you have far more latent power than you realize or are used to wielding, because you don’t feel powerful or don’t recognize what you do in those terms.

Managers may have hard power and authority, but the real meaty decisions about technical delivery and excellence are more properly made by the engineers closest to them. These belong properly to the doers, in large part because they are the ones who have to support the consequences of these decisions.

Power tends to flow towards managers because they are privy to more information. That makes it important to hire managers who are aware of this and lean against it to push power back to others.

And when technical and managerial priorities collide, who wins? Ideally you work together to find the best solution for the business and the people. The teams that feel 🔥on fire🔥 always have tight alignment between the two.

One final thought. You can have a lot of say in what gets built and how it gets built, if you cultivate your influence and spend it wisely. But you can’t have a say in everything. It doesn’t work that way.

Think of it like @mcfunley’s famous “innovation tokens”, but for attention and fucks given. 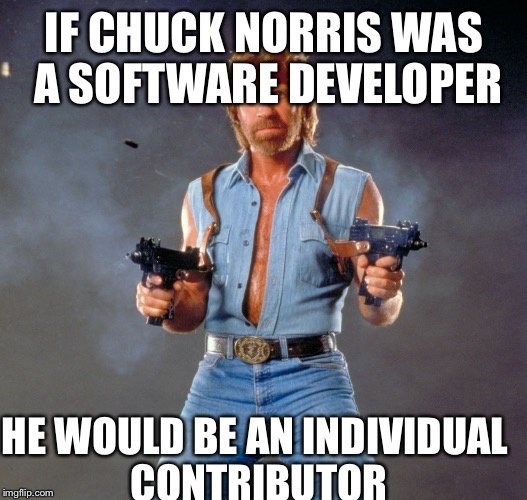 The more you use your influence for good outcomes, the more you build up over time, yes … but it’s a precision tool, not background noise. Imagine someone trying to give you a massage by laying down on your whole back instead of pushing their elbow or hand into knots and trigger points. A too-broad target will diffuse your force and limit your potential impact.

And once you have influence, don’t forget to use it on behalf of others. Pay attention to those who aren’t being heard, and amplify their voices. Give your time, lend your patronage and credibility, and most of all teach the skills that have made you powerful to others who need them.

P.S. I owe a huge debt to all the awesome senior engineers i’ve gotten to work with.  Mad love to you all.  <3

4 thoughts on “On Engineers and Influence”